It’s not just jaw-dropping architecture, delicious food and big friendly smiles awaiting you on your Sri Lanka surf holiday, it’s also one of the best locations to try surfing for the first time or to simply brush up on the basics and push your riding to the next level among some of the most beautiful landscapes in the world, in some of the best beginner surf beaches Sri Lanka offers. What makes a Sri Lanka surf holiday so appealing to beginner surfers is the easy accessibility to the island’s waves, the large number of sand-bottomed breaks and the super-consistent swells that bring perfectly groomed waist to chest high waves into the breaks over 310+ days a year.

Sri Lanka is an island of two halves, with the East and West of the island experiencing different monsoon seasons, with the west side of the island getting the best waves between November and April, and the east between May and October. The best beginner surf beaches Sri Lanka offers are found towards the southern end of the island as the north is well protected from deep ocean swells from India. In the balmy south, you’ll find waves to suit every taste on your Sri Lanka surf trip, from long point break walls, punchy beach break peaks and everything in between. 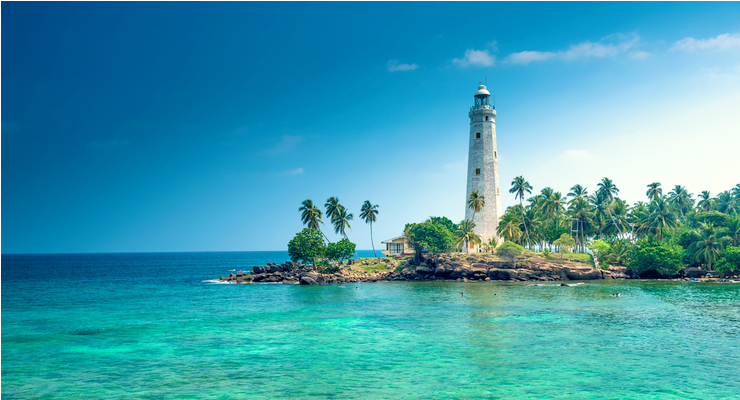 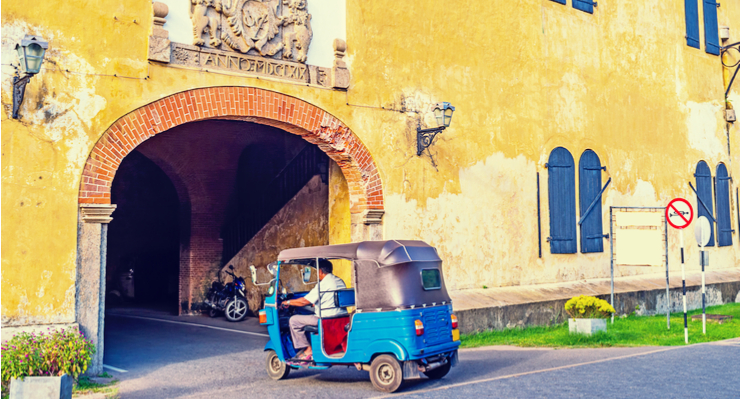 Tips and other expenses of a personal nature.

All entrances, tours or Excursion that in not mention on the cost includes.

Any other items not under inclusions.

Perahera Supplement whilst in Kandy.

Welcome at the airport & proceed to Colombo for check-in ( Standard check-in time: 14.00 hrs). (40 KM / 0h 45 m)Colombo (Duration of visit: approx 1 –1 ½Hours)Places Visited: Galle Face, Petah Bazaar, Town Hall, BMICH, Independence square and Gangarama Temple. Colombo tour includes a drive through the city taking you to the busy commercial areas as well as the tree-lined residential, Cinnamon Gardens. Visit Fort, the former British administrative centre and military garrison, Sea Street – the Goldsmith’s quarters in the heart of Pettah, the Bazaar area, a Hindu Temple with elaborate stone carvings and the Dutch Church of Wolfen dhal dating back to 1749. You have a chance to see a Hindu Temple, the famous Buddhist Temple known as the Gangarama, and the Jami Ul Alfar Jumma Mosque of Colombo. Later we will take you to visit the famous Bandaranaike Memorial International Conference Hall and the well-known Independence Square. Overnight stay at Colombo.

Tips & Suggestions: After the Colombo city tour, you can enjoy drinks & dinner at the many restaurants in the Colombo city. (Payment direct) Your driver guide will assist you with a suggestion.

After breakfast proceed to Sigiriya, en route engage in a safari in Minneriya National park. (165 KM / 4hr. 30 Min.) Minneriya National Park (Duration of visit: approx 3 ½– 4 Hours)The extent of the Minneriya national park is approximately 8889 hectares. Dry zone plant and Animal Species are common. The elephants are a highlight of the park. Approximately 160 species of birds, 9 amphibians, 25 reptile species, 26 fish species and more than 78 butterfly species can also be found here. There are also rare bamboo trees in this park which is unique to Minneriya national park. Dinner and Overnight stay at Sigiriya.

Tips & suggestions: Best time to visit the National Park is during late afternoon around 2.30pm.If possible wear natural tones/earthy colours such as brown/green and comfortable walking shoes (neutral colours blend in with the surrounding natural environment).

After breakfast, visit the Polonnaruwa ancient kingdom. (57 KM / 1 ½ hr.) Polonnaruwa Ancient Kingdom (Duration of visit: approx 2 –2 ½ Hours)It would take you a while to fathom that such a city every existed many years ago and after you return to your true senses the journey through this colossal city would be nothing less than magical. Polonnaruwa is Sri Lanka’s second oldest kingdom and features a plethora of ruins and places of religious worship. Some of the many interesting places to visit in Polonnaruwa include the Gal Viharaya (Stone temple), Lankathilake, Tivanka Image House, Nissanka Latha Mandapaya, the Audience Hall and the Vatadage. Afterwards, climb Sigiriya Rock Fortress.

Polonnaruwa Ancient Kingdom (Duration of visit: approx 2 –2 ½ Hours)It would take you a while to fathom that such a city every existed many years ago and after you return to your true senses the journey through this colossal city would be nothing less than magical. Polonnaruwa is Sri Lanka’s second oldest kingdom and features a plethora of ruins and places of religious worship. Some of the many interesting places to visit in Polonnaruwa include the Gal Viharaya (Stone temple), Lankathilake, Tivanka Image House, Nissanka Latha Mandapaya, the Audience Hall and the Vatadage. Afterwards, climb Sigiriya Rock Fortress.

Sigiriya Rock Fortress (Duration of visit: approx 3 –3 ½Hours) Sigiriya, located a few hours’ drive from Colombo, is a magnificent rock fortress built in the 5th century A.D. This majestic Citadel in the sky was the refuge of King Kasyapa and is world-renowned for its Mirror Wall’, which consists of poems and paragraphs carved by some of the thousands of visitors who visited the rock many years ago, and for its magnificent frescoes, similar to the Ajantha frescoes of India. Dinner and Overnight stay at Sigiriya. Tips & suggestions: We recommend the best times to climb Sigiriya are early morning or late afternoon to avoid the hot sun. Wear light/cool clothing and comfortable walking shoes for the climb.Advised to wear long pants & covered shoulders (Sleeveless, transparent & shorts are not allowed) while visiting Polonnaruwa since you will visit certain religious sites.

Dambulla Golden Cave Temple (Duration of visit: approx 1 –1 ½ hrs)Designated as a world heritage site, the Dambulla Temple is located on a gigantic rock towering more than 160 m above the surrounding area. The Rock itself is more than 1.5 km around its base and summit is at 550 km. The caves on this rock were the refuge of King Walagamba’s when he was in exile for 14 years and feature a mixture of religious and worldly paintings and sculptures. Several reclining Buddha’s which includes the 15-meter long sculpture of the dying Buddha. On completion proceed to engage in a Kandy City which includes visiting the Temple of Tooth.

Kandy Temple and City (Duration of visit: approx 1 ½– 2 Hours) The Sri Dalada Maligawa or the Temple of the Sacred Tooth Relic is a temple in the city of Kandy in Sri Lanka. It was built within the royal palace complex which houses the only surviving relic of Buddha, a tooth, which is venerated by Buddhists. The relic has played an important role in local politics since ancient times; it’s believed that whoever holds the relic holds the governance of the country, which caused the ancient kings to protect it with great effort. Kandy was the capital of the Sinhalese Kings from 1592 to 1815, fortified by the terrain of the mountains and the difficult approach. The city is a world heritage site declared by UNESCO, in part due to the temple.

Tips & suggestions: During the visit of Temple of the Tooth please wear clothing covering knees and shoulders, as a sign of respect. You will also be required to leave your shoes at the shoe counter near to the entrance before entering the temple.

Royal Botanical Gardens (Duration of visit: approx 1 ½– 2 Hours)The history of the Royal Botanical Gardens dates as far back as 1371 when King Wickramabahu III ascended the throne and kept the court at Peradeniya near Mahaweli Ganga. Later, in the reign of King Kirti Sri Rajasinghe from 1747 to 1780 this was made a Royal Garden and from 1780 – 1798 King Rajadhi Rajasinghe resided therein, where a temporary residence was erected for him.

Tips & suggestions: Please note you will be driving to an altitude of 1900 meters and therefore temperature in Nuwara Eliya will be 20-25c during the day, 10-15c during the night. Warm clothing recommended. Visit one of the local bars in Nuwara Eliya town and witness how the locals chat over a drink. (Direct payment) . Please note bars are closed on certain religious holidays.

Day 6: Nuwara Eliya – Kitulgala – Bentota Meal plan: Breakfast + Dinner
After breakfast, proceed to Kithulgala. (85 KM/ 3hr.)Kitulgala (Duration of visit: approx 01 hrs) Kitulgala is a small town in the west of Sri Lanka. It is in the wet zone rainforest, which gets two monsoons each year, and is one of the wettest places in the country. Nevertheless, it comes alive in the first three months of the year, especially in February, the driest month. The Academy Award-winning The Bridge on the River Kwai was filmed on the Kelani River near Kitulgala, although nothing remains now except the concrete foundations for the bridge (and, supposedly, the submerged train cars that plunged into the river in the climactic scene). Kitulgala is also a base for white-water rafting, which starts a few kilometres upstream. On completion proceed to Bentota for drop off.