India boasts a dramatic terrain that is not only limited to sunny beaches and silent deserts but also comprises ofremarkable tall mountains and turquoise lakes.

The Delhi Varanasi Rishikesh tour is religious, spiritual, adventurous and full of activity. This trip takes you on a spiritual joyride.

Delhi, the capital, is also a gateway to India. Old and New Delhi fuse to create a city that pays homage to past empires, while wrestling with its modern identity.

Varanasi, on the other hand, is one of the oldest and the holiest cities inhabited by Hindus and Hinduism. Pilgrims come in numbers lining up to wash their sins or cremate their loved ones. If Delhi is the gateway to India, Varanasi is believed to be the gateway to liberation because, according to popular belief, dying here offers moksha (freedom from the cycle of rebirths).

Rishikesh, ‘the Yoga capital of the world’, is populated all over with ashrams and yoga centres. This land experiences an almost supernatural breeze in the evening that makes temple bells chime. 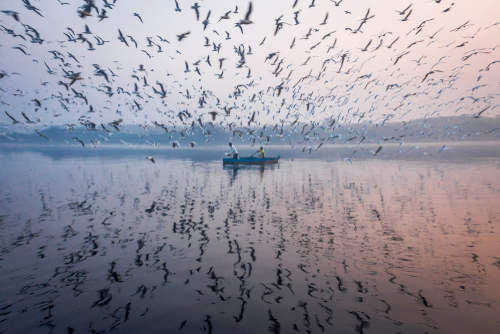 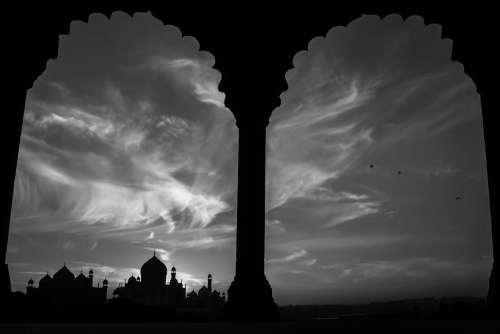 Please contact our agents for the most suitable departure dates.

Morning in time transfer to airport board flight for Varanasi. Garlanding on arrival with Meeting and assistance at the airport. Our representative will meet to welcome and escort you to the Hotel.

Bharat Mata Temple – the only temple dedicated to Mother India. The temple was built by Babu Shiv Prasad Gupt and inaugurated by Mahatma Gandhi in 1936. The statute of Bharat Mata is built in marble and is a model of undivided India, depicting the mountains,

plains and oceans. The most peculiar thing about the Bharat Mata Temple is that instead of the customary gods and goddesses, it houses a relief map of India, carved out of marble.

Vishwanath Temple – The KashiVishwanath temple is the center of faith for millions of Hindus. The Jyotirlinga of Shiva, Vishweshwara or Vishwanatha, is enshrined in the temple, considered as one of the holiest temples of India. In Hindu religion it is believed that a simple glimpse of the Jyotirlinga is a soul-cleansing experience that transforms life and puts it on the path of knowledge and Bhakti (devotion). A single

darshan of Vishweshwara Jyotirlinga is considered to merit more than the darshan of other jyotirlingas, scattered in various parts of India. The KashiVishwanath Temple has been a living picture of the timeless cultural traditions and highest spiritual values.

Early evening take a boat tour on the River Ganges, when you can light a lotus flower candle and set it adrift on the water before watching the nightly ganga aarti ceremony (7pm) at DashashwamedhGhat directly from the boat.

Early morning take a boat ride along the Ganges which is a quintessential Varanasi experience. The early-morning light is particularly inspiring, and all the Color and clamor of pilgrims bathing and performing puja unfolds before you. An hour-long trip south from DashashwamedhGhat to HarishchandraGhat

and back is popular, but be prepared to see a burning corpse at Harishchandra.

Return to hotel for breakfast.

Then Drive to Allahabad for same Day Excursion, enjoy TriveniGhatDarshan and Holy Dip there.

After breakfast transfer to airport board flight for Delhi. And depart by surface to Haridwar. Garlanding on arrival with meeting and assistance at the Hotel. Upon Arrive in Haridwar.On arrival check-in at the Hotel.Haridwar has with it a history that traces

back to the mythology of Hinduism. It is considered to be the holiest of places in India. Situated on the bank of river Ganga, Haridwar enjoys a place of pride as one of the most popular pilgrimage destination in India. It is just the perfect place for nature lovers as the serene beauty of nature combine with the spiritual ambience to create a heavenly atmosphere.

Later Visit the Temples of the city including Mansa Devi and Chandi Devi located on two different hills opposite each other, DakshMahadev Temple – The ancient temple of DakshaMahadev. Visit Har-Ki-Pauri- These sacred ghats are named after the Charan or Footprints of Hari (Vishnu) impressed on a stone. The reflection of golden

After Breakfast depart by surface to Delhi. Upon Arrive in Delhi, Later transfer to IGI airport to connect the flight for onward destination.